Josh Trotter is a composer and multi-instrumentalist. His musical output draws on his truly eclectic taste and interest in all music, often crossing genres and cross-referencing techniques in his work. He’s composed for national television, internationally acclaimed musicians and performed on live TV. He studied Music Composition at Brunel University, graduating in 2012 with a first class honours and receiving the Steve Thomas Memorial Prize for Composition. 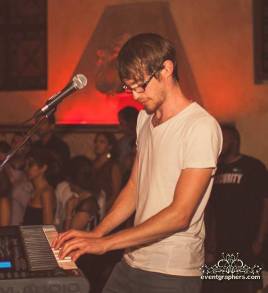 As a composer, Josh specialises in music for media. He is frequently called upon by media companies to produce bespoke music and sound design for film drawing upon his ability to mimic almost any style of music. He is a writer for New Noise Audio who produce jingles and sound-beds for national campaigns. He has worked with Greys advertising agency in London and produced music for a digital essay by Will Self, exploring the work of Franz Kafka.

Josh continues to explore composition for the concert hall: he’s recently completed a commission for composer and guitarist Rich Perks for fretless electric guitar. He has also written for Canadian Violist Jamie Arrowsmith. His music has also been played by community bands and orchestra in London and Devon.

Josh is a sought-after collaborator as a songwriter and producer, most notably with internationally recognised Iranian singer-songwriter Ali Azimi. Josh co-produced his debut album, Mr. Mean, alongside Tom Sullivan, subsequently touring Europe and North America to sold-out audiences. The lead single was included in the 2017 Oscar winning film The Salesman, which won Best International Film, among other awards across the globe.